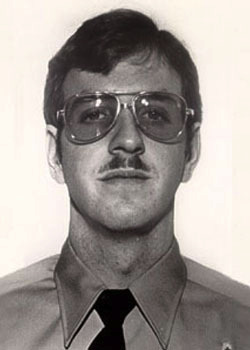 Deputy Leonardson attended the 73rd Basic Academy in the fall of 1978. His law enforcement career began with the Riverside County Sheriff's Department and he did not work with any other agency.