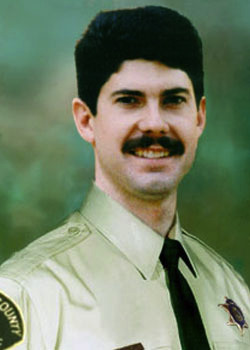 One suspect was subsequently shot and fatally wounded during the search of the riverbed. The two remaining suspects have not been located.