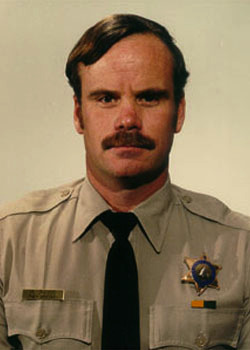 On October 24, 1988, Investigator Davis was involved in Operation Border Ranger, a joint drug smuggling interdiction operation being conducted in Imperial County by six Southern California Sheriff's Departments, the National Guard and Federal authorities. At approximately 9:30 p.m., the California Army National Guard helicopter, which carried Investigator Davis and other members of the team, crashed into the mountainous area of western Imperial County. The aircraft was immediately consumed by fire and all aboard died instantly.